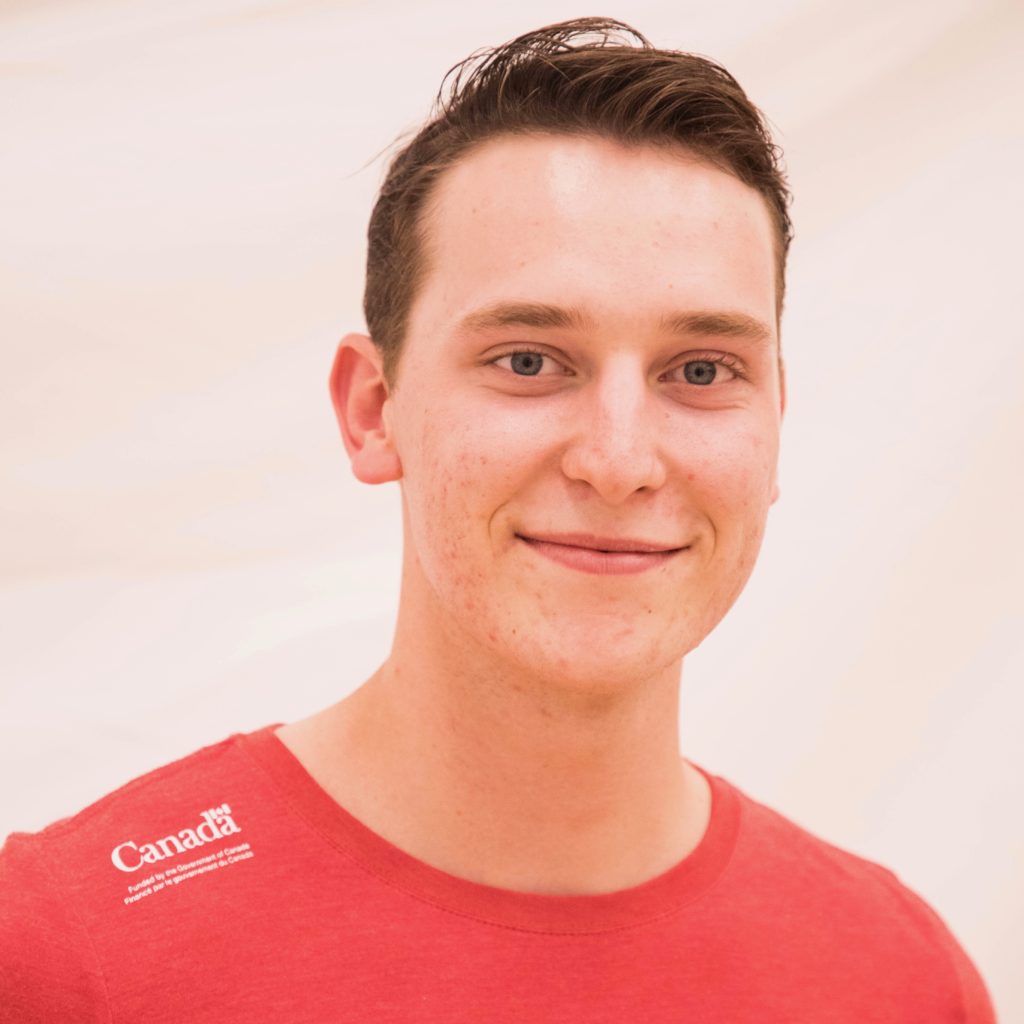 Trevor Webb first represented Canada at the elite international level at the 2018 Pan Am Championships. He returned to international competition again at the 2022 championships. At the elite national level, Webb won a Men’s Open Doubles Canadian Championship title with partner Mike Green in 2017 while he was still a junior athlete. He won a bronze medal in the same event at the 2019 championships with partner Coby Iwaasa. In elite singles competition, Webb finished in 4th at the 2019 and 2021 National Championships, which his best result to date. As a junior athlete, Webb represented Canada at five Junior World Championships. In 2017, at his last Junior World Championships, he won a silver medal in 18 & U doubles with partner Simon Comeau and a bronze medal in 18 & U singles. Webb also won a bronze in 2015 in the 16 & U singles event. As a junior, Webb won nine national championship titles in singles in various age groups, beginning when he was 8 years old. He also had several podium finishes in doubles.

Start in Racquetball:  I was introduced to racquetball by my dad. He played at a high level when he was younger and also ran a Canadian Pro Tour.

Reason for Playing: When I was a junior I got hooked on racquetball because of all the great people and just the amazingly fun tournament atmosphere, especially at junior nationals. What I love most about the game now is the speed and intensity. Each rally requires complete focus which makes it very unique compared to other sports.

Training habits: My training typically consists of 3-4 days per week on court hitting where I like to do drills alone or play practice matches if a tournament is approaching. I go for jogs almost every day and workout in the gym a a few times per week. I also find playing other sports to be very good training for racquetball. Squash is great for footwork, hockey for explosiveness, golf for flexibility etc.

Best Racquetball moment:  In 2017 I had the opportunity to play doubles with one of racquetball’s greatest players, Mike Green. We went on to win the national title and I will never forget that tournament.

Non-racquetball talents:  I don’t play very much anymore but I used to be a pretty good golfer with a 5 handicap. I also have 2 hole-in-ones.

When you are not playing Racquetball you are probably? Listening to music. I love listening to dance music such as house and techno as well as country, pop etc. Other than that I’m usually hanging out with friends and playing other sports.

What is something that people don’t know about you or might find surprising? I am a huge Star Wars fan, and just a fan of Sci-Fi in general. I have probably seen each Star Wars at least 10 times. I also love to travel and have been to over 15 countries.

What advice to you have for athletes who want to play at your level?  Pay attention to the little things. Watch players who are better than you and try to understand what they are doing that you are not. Try to mock the way your favourite player plays, then put your own twist on it. But above all else, practice!

Who has been important in your development as an athlete? My dad has taught me everything about the sport. Learning the proper fundamentals as a kid was crucial to being able to progress my game. He also would bring me to as many tournaments as he could and would tell me to watch and learn from the open players.