To be sanctioned, tournaments and events must be set up and run through Trackie software.  The use of this platform insures that the event is included in the national event listing on the Racquetball Canada website,  that the results are included in national and provincial rankings, that all participants are members of Racquetball Canada and their provincial association and that everyone is covered by insurance.

The following tutorials will help you set up your tournament using the Trackie software.

The Sport Development Committee is currently accepting Expressions of Interest for 2023/2024 season.

Racquetball Canada invites those interested in hosting one or more of the following events to submit an Expression of Interest.

Events will be awarded using the following system:

Beginning in 2023, the following is a summary of the annual timeline:

Click on each of the images below to view or download our event flyers which provide all the details about hosting a national event. 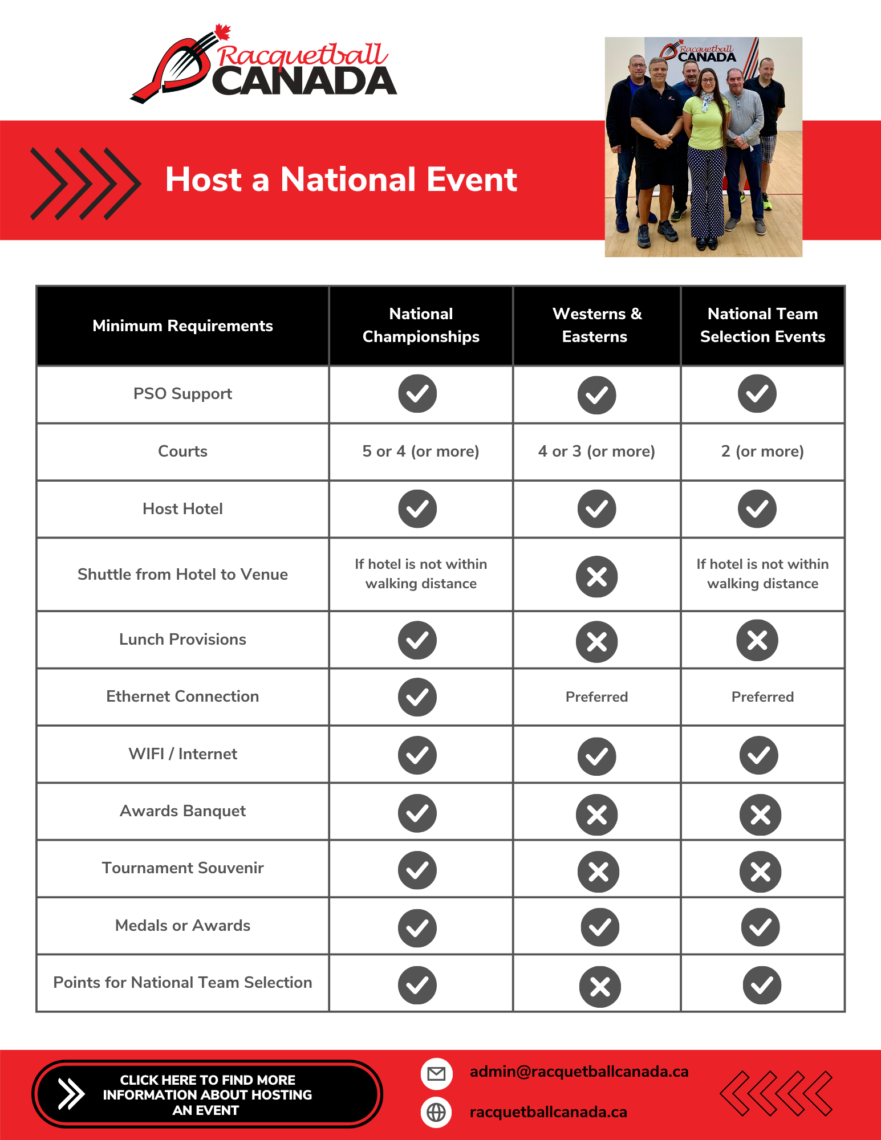 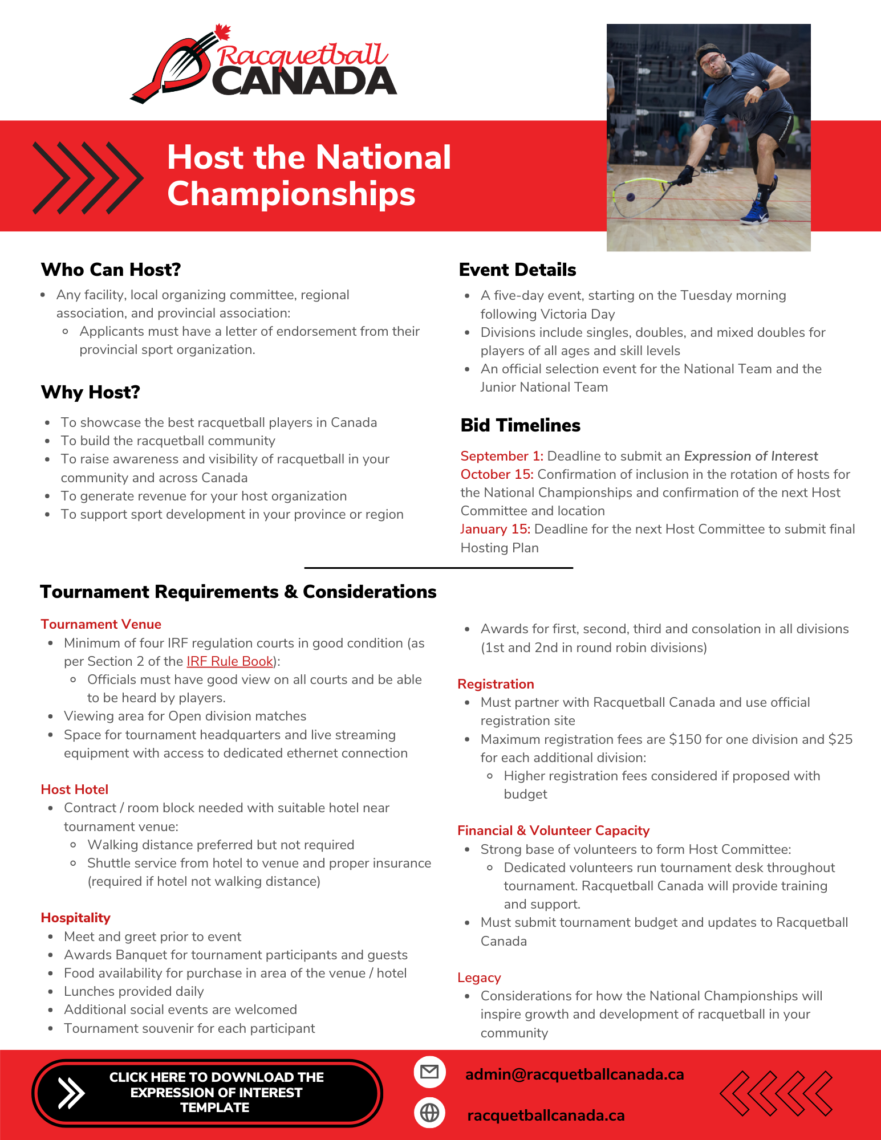 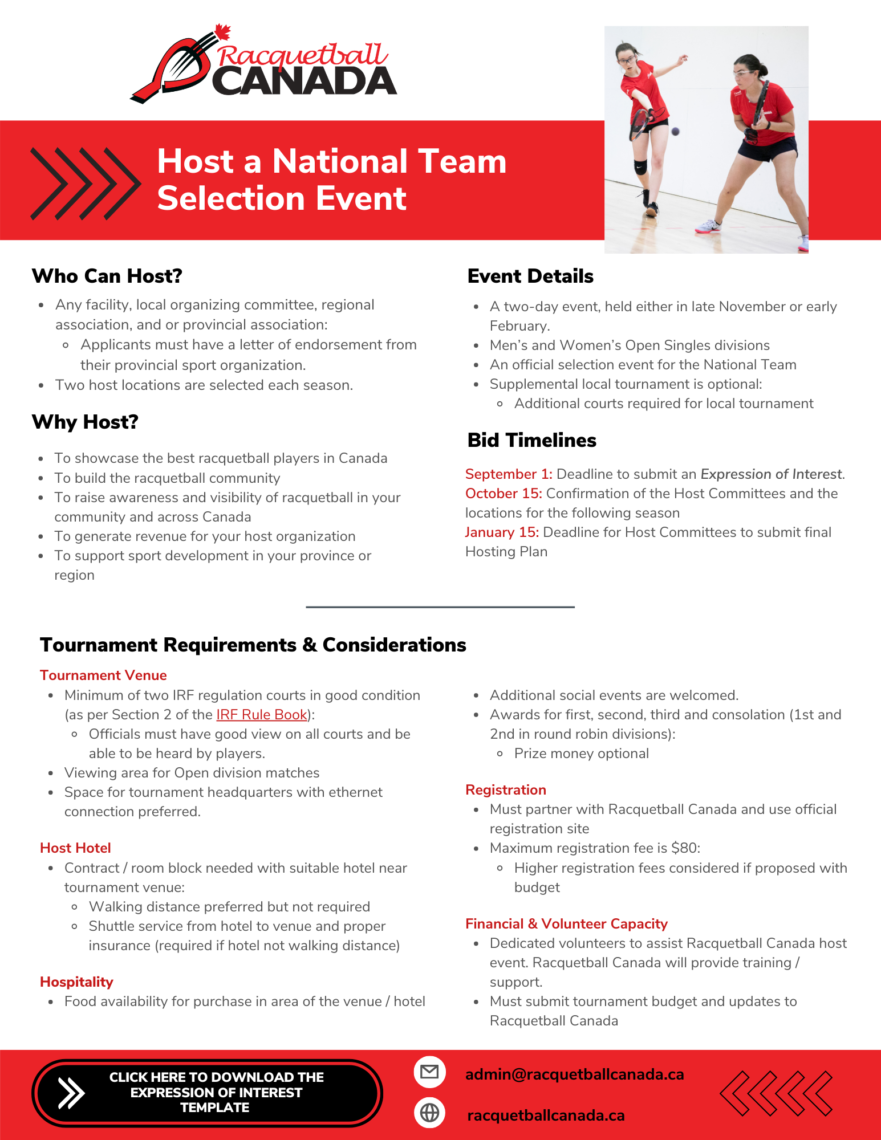 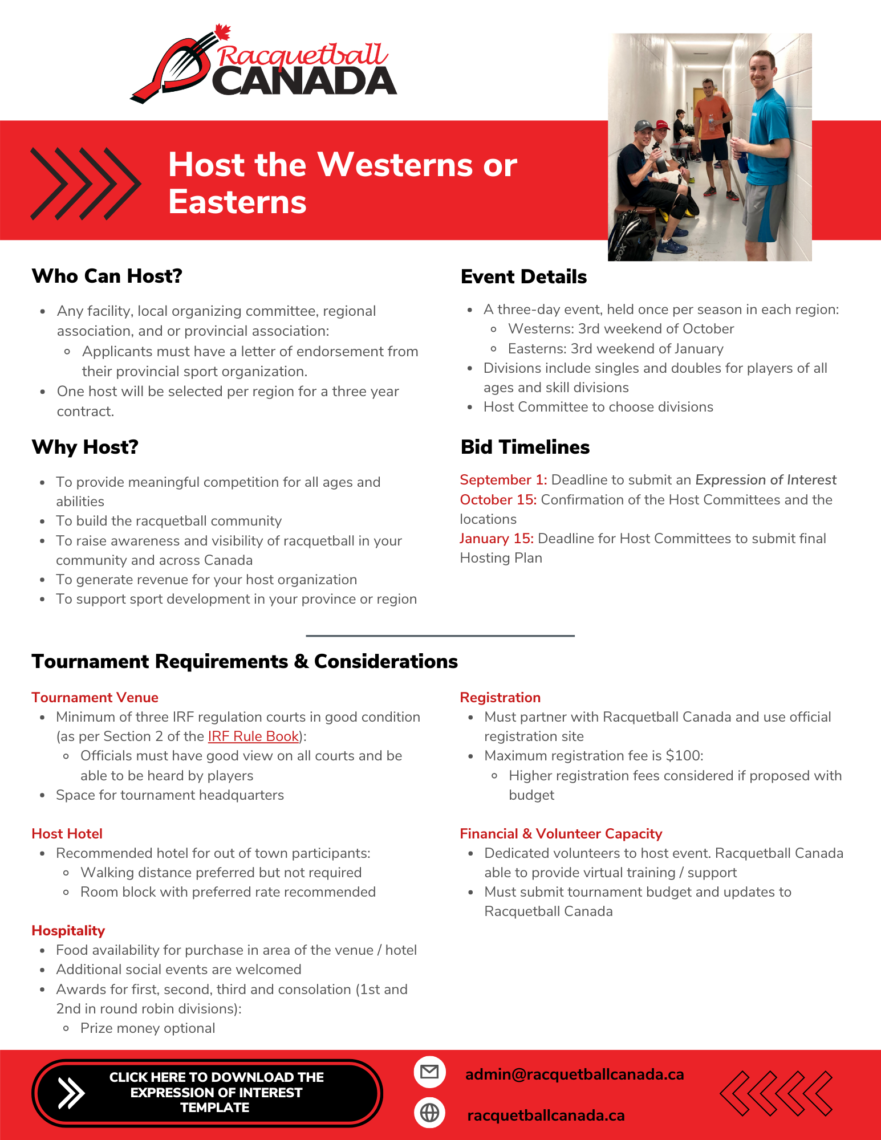