Team Canada on Podium at Pan Am Championships 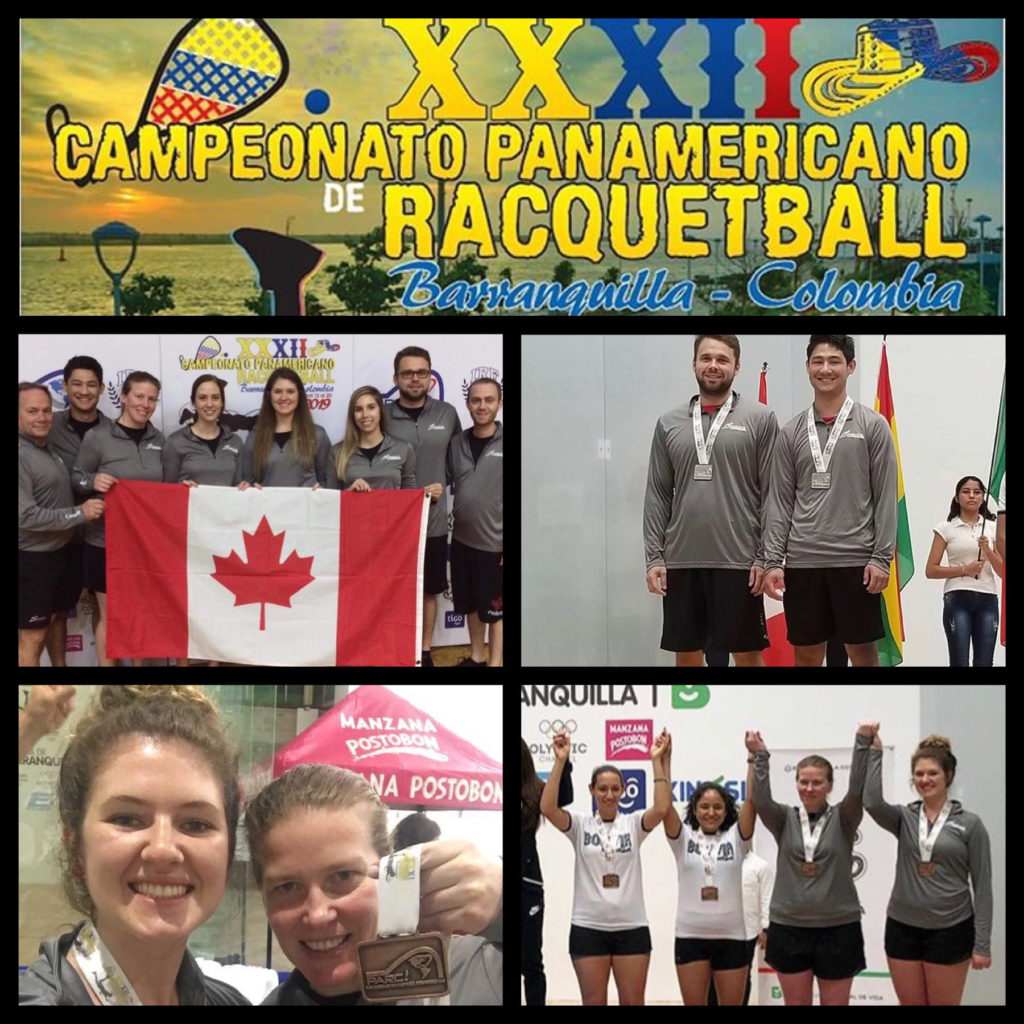 WINNIPEG, MB, April 21, 2019 – Team Canada is coming home from the Pan American Racquetball Championships with silver and bronze medal wins in doubles. The championships were held in Barranquilla, Colombia from April 13 to 20, 2019.

Coby Iwaasa of Lethbridge and Samuel Murray from Baie-Comeau won silver in the Men’s Doubles event. In Saturday’s final, the 7th seeded Canadian team faced Roland Keller and Conrrado Moscoso from Bolivia, who were the 4th seeded team. Iwaasa and Murray dominated the first game of the match, winning 15-2, but the Bolivian team took control in the second game early on. The Canadians fought their way back but ended up losing 15-9. Keller and Moscoso took that momentum into the tie-breaker winning 11-2.

Danielle Drury of Saskatoon and Jennifer Saunders of Winnipeg, who were seeded 11th in the elimination draw came very close to advancing to the final but had a tough loss in their semi-final against 2nd seeded Cristina Amaya and Adriana Riveros of Colombia, 13-15, 15-3, 11-8. The Canadian team ended the tournament with a bronze medal win.

Results from the Pan Am Championships will be used to determine the number of athletes each nation can send to the 2019 Pan Am Games as well as seeding for the tournament.

Links to the draws, results and match videos can be found on the International Racquetball Federation website.