Contact Us
Menu
Provincial Associations
No products in the cart.
$0.00 Cart
Menu 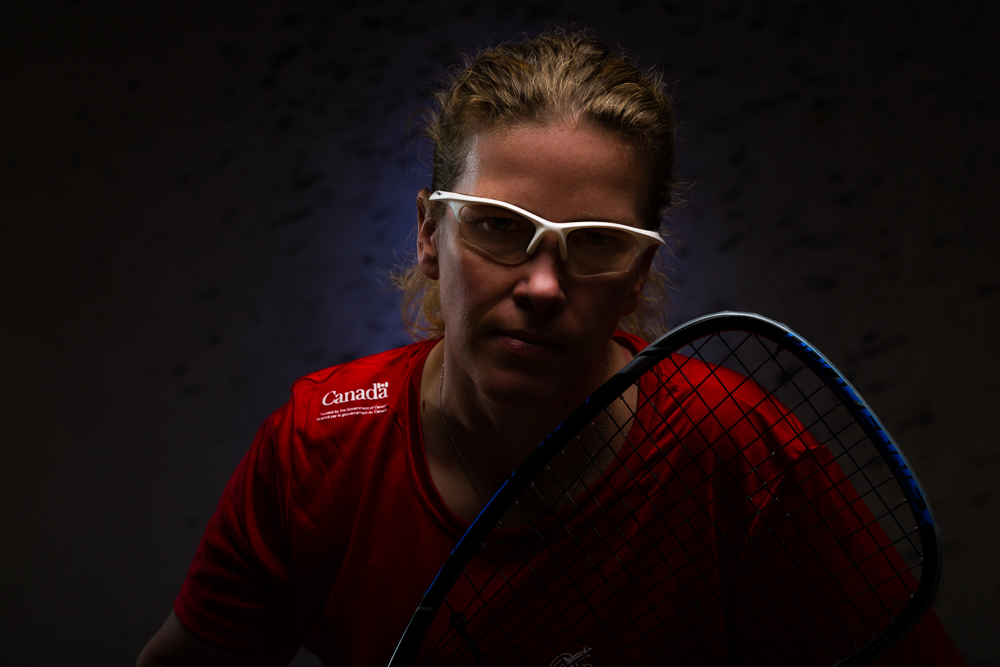 Saunders, 43, who has accepted a position as Administrator of High Performance & Sport Development for Racquetball Canada, recently won a bronze medal in doubles at the 2019 Pan American Racquetball Championships. She appeared in every national women’s singles gold medal final between 2011 and 2019 and won the national title 11 times. She also won 13 national doubles championships in that span.

“It’s always fun to play in the final match,” she said of her national championship streak. “And it was great to win a bronze medal at the Pan Ams this year. It was nice to still be relevant at the end of my career.”

Saunders grew up in Thompson, Manitoba, and that’s where she learned to play the game. In 1995, at the age of 18, she moved to Winnipeg to attend the University of Winnipeg and be closer to the major racquetball competitions in the province. She won her first Manitoba women’s championship that year and went on to win five more. Twice in her career she was Manitoba’s “total” champion, having won both the men’s and women’s provincial crowns.

In 2009, Saunders was named the Manitoba Sportswriters and Sportscasters Association’s Female Athlete of the Year.

“There were lots of amazing people who gave me their time, energy and support over the years.

“First of all, of course, my family. My dad gave me my love for sports and taught me so much from his position as an arm-chair quarterback. My mom believed in me first and took me to tournament after tournament allowing me to grow and figure things out for myself.

“Racquetball Canada and its coaches for their continued commitment to the National Team Program and Ron Brown, who taught me so much about the sport of racquetball and held me to a higher standard.

“I can’t forget the support of the Canadian Sport Centre Manitoba which allowed me to work with some amazing sport performance specialists:  Jeff Wood, who taught me how to train like a high-performance athlete. AJ Zeglen, who pushed me out of my comfort zone and treated me like a pro. And Adrienne Leslie-Toogood, who among many things taught me to take time to enjoy what I was doing and have fun.

“I must thank Racquetball Manitoba’s board of directors and its membership over the years for allowing me the time and flexibility to train and travel in pursuit of my dream.

“And, of course, some amazing doubles partners and teammates. Specifically Josée Grand’Måitre with whom I won 10 National Titles. That’s pretty special. Francois Viens for being there from the beginning. And Mike Green for the friendship, friendly competition and savvy.

“Finally, my training partner, doubles partner and boyfriend Dave. My biggest critic and my biggest fan. I wouldn’t have wanted to do this with anyone but you. Bring on retirement.”