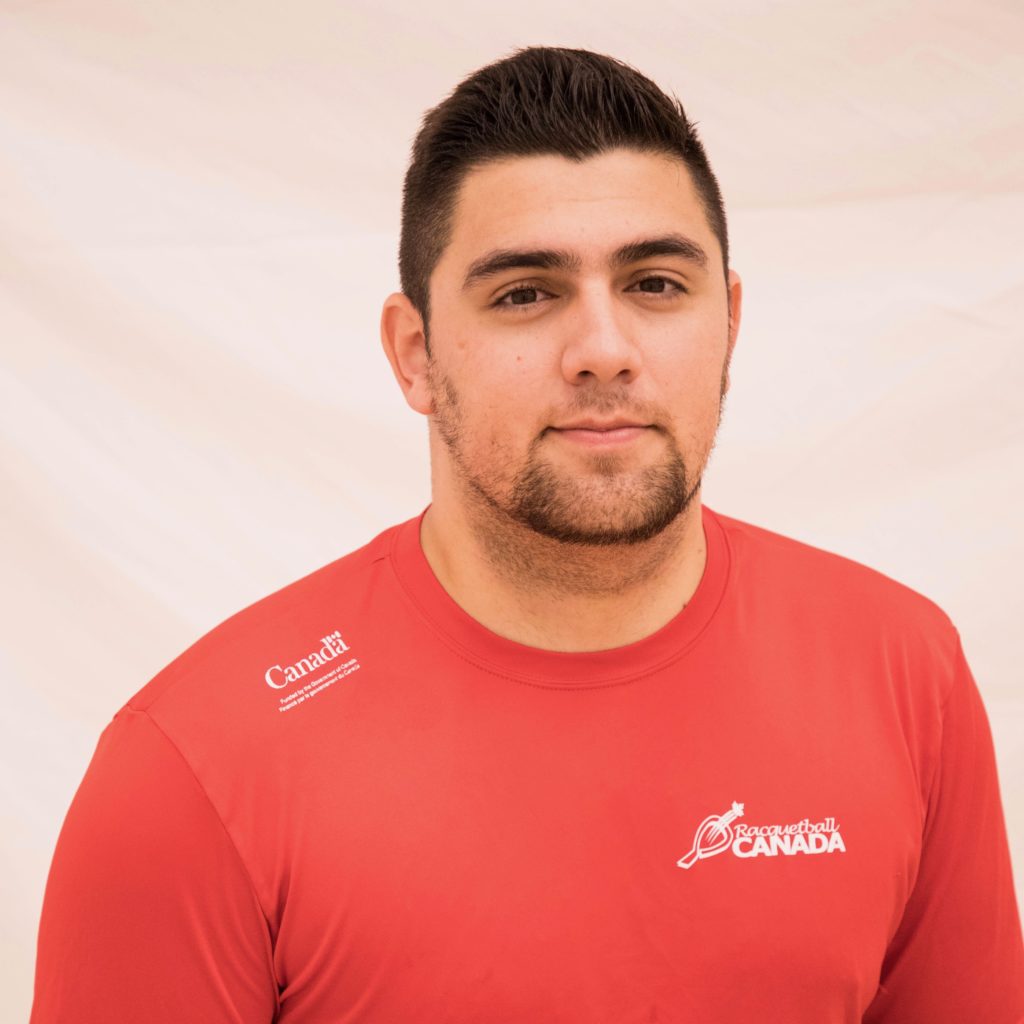 Pedro Castro made his first appearance with Team Canada at the 2014 Pan Am Championships. He has been a member of the senior national team since 2010 and has represented Canada seven times internationally. He won a bronze medal in men’s doubles at the Pan Am Championships with partner Tim Landeryou. As a junior player, Castro represented Canada two times at the junior world level winning silver in singles and bronze in doubles at the 2010 world championships. In 2010 Castro won the 18 & U Boy’s Singles event at the Junior Canadian Championships. At the elite national level, Castro has had his greatest success in doubles. He won a Canadian Open Men’s Double Championship title win partner Samuel Murray in 2016. and has been on the podium at the Canadian Championships on five other occasions in the Men’s Open Doubles event. Castro consistently places in the top eight or higher at the senior national championships in singles and doubles as well as at the national team selection events.

Start in Racquetball:  My brother was registered in the Nautilus Plus in Brossard. I also wanted to practice a sport so I tried racquetball and squash. I loved racquetball right away. Mr. Jacques Legrand was the first one to introduce me to this marvellous sport. When I decided to train at a higher level, Rino Langelier invited me to train with his training group so I registered at the Brossard Sani-sport. I have improved consistently ever since.

Reason for playing:   I love sport, and also I like the racquetball community. Racquetball is a sport that requires a lot of intensity, which is part of my personality. I like to fool my opponents, and the the quickness of the game, the feeling of hitting the ball and making spectacular shots.

Best Racquetball moment or memory:At the 2010 Junior Canadian Championships in Burlington, I made a spectacular come back in the U18 final. I was losing 9 -10 in the tie-breaker, but then I came back and won 12-10 in front of a noisy crowd.

When you are not playing Racquetball you are probably: Traveling, reading, studying, practicing sports and shopping.

What is something that people might not know about you or find surprising? My knowledge of geography.

What advice to you have for athletes who want to play at your level? Make sure you have good nutrition, sleep well and most importantly train well.

Who has been important in your development as a racquetball athlete? My coach Rino Langelier has had a big impact on my career as a racquetball player. He has helped me a lot in improving many aspects of my game.