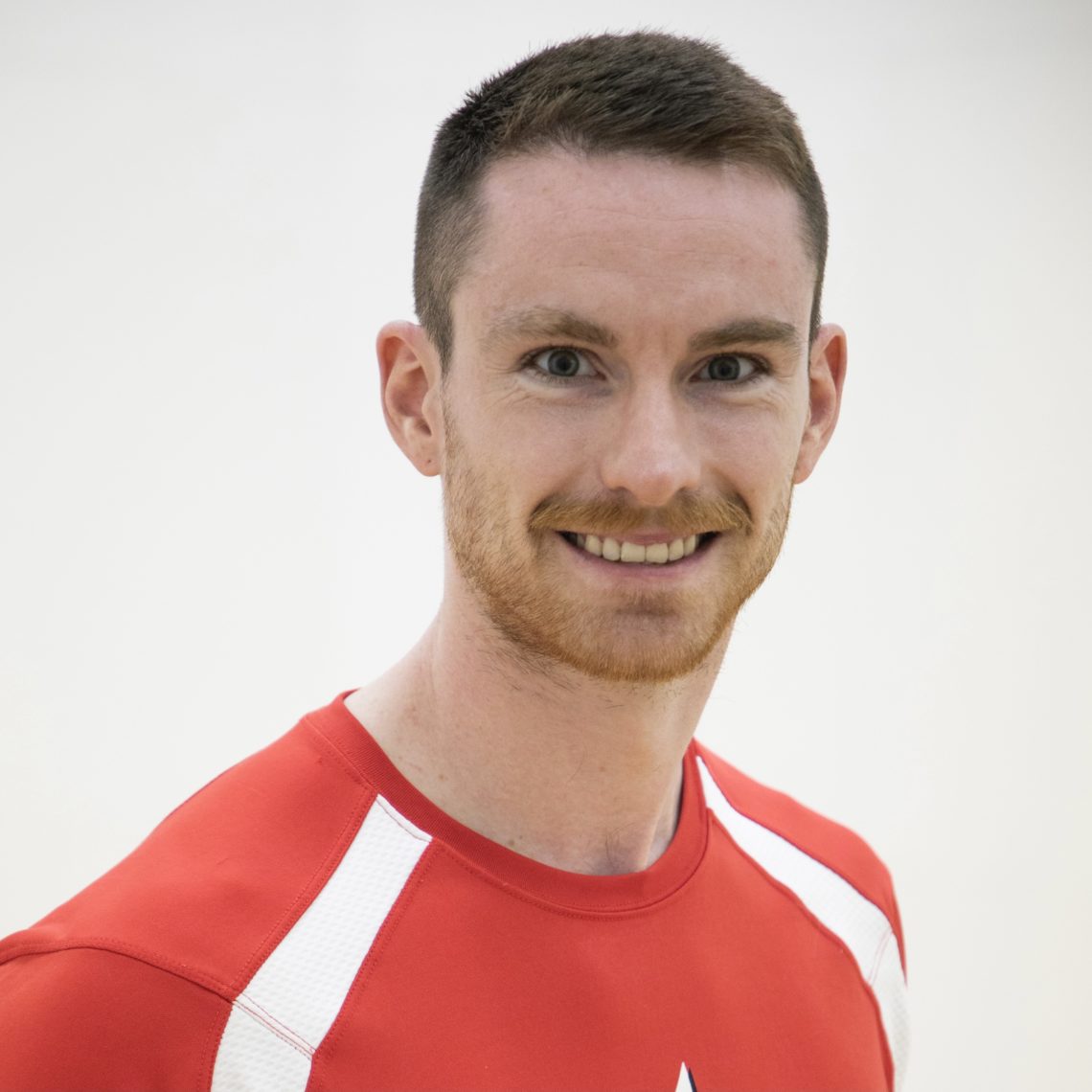 Mitch Brayley has been around the sport since he was a junior athlete, contributing as a player, an official and providing important support to racquetball at the community, provincial and national level. Brayley has played open events at national team selection events and the National Championships since leaving the junior ranks. He has continued to dedicate himself to improving his game both technically and mentally, which has resulted his placement on national teams.

Start in Racquetball:  Shortly before my 6th birthday, I watched my dad play in a memorial doubles tournament. It was my first time seeing racquetball, & I was absolutely fascinated. A few weeks later, I was registered in a junior program and have been hooked ever since!

Reason for playing: There are few sports which offer the same combination of speed, intensity, & athleticism that racquetball does. Not only is it a blast to play, but the skills I’ve developed through racquetball have made me a well-rounded athlete. The community is also second to none – some of my closest friends have been made in this sport, & the experiences I’ve had with so many wonderful people have had a tremendously positive affect on my life.

Training habits:  I engage in off-court training 5-6 times per week in my home gym, working to improve and maintain my strength, speed, endurance, flexibility, and overall fitness. I’ve been trying to incorporate meditation & visualization into my regular routine. I get to the courts 3-4 times per week, whether it’s to drill by myself, or play practice games with others.

Best Racquetball moment: When I started being able to compete with adults, my dad asked me to be his doubles partner in a tournament. We entered the Men’s C Division, & he played with his left hand because at the time he was an Open player & wanted to make it fair. We didn’t win, but it was a really special time for me!

Non Racquetball talents: In grade 6, I scored a hat trick in PE floor hockey, which was pretty cool. I still talk about it to this day. I was also the runner-up in a karaoke contest. I lost to a lady who had her own CD & had been featured on the radio, so I feel like the competition was a bit unfair.

What is something people might not know about you or find surprising?  I really enjoy stand up comedy. I plan to write a routine & take part in an open-mic night one day.

When you are not playing racquetball, you are probably? Enjoying the mountains with my girlfriend and our French bulldog! I play softball in the summer, and take part in recreational indoor sports during the winter. I also put an exorbitant amount of time into fantasy football & hockey leagues.

What advise to you have for athletes who want to play at your level? Be resilient. It takes an extraordinary amount of time, effort, & dedication to work towards your goals. It’s important to analyze, reflect, and adapt on an ongoing basis. A story I heard years ago that stuck with me: Colonel Sanders, founder of KFC, was turned down 1009 times when trying to find a partner. It’s a great example of what perseverance & resilience can accomplish.

Who has been important in your development as an athlete? First and foremost, my dad. He was my first coach, continues to offer advice, and is the reason that fitness is such a core part of my life. Currently I work with Mike McPhee, who has helped me take huge strides in my game with his unique approach. I’ve also begun working with Evan Pritchard. To name a few others who have all contributed to my development over the years: Larry Gazelka, Glen Yaretz, Len Slamko, Sue Swaine, Milton Iwaasa, & Kris Odegard.