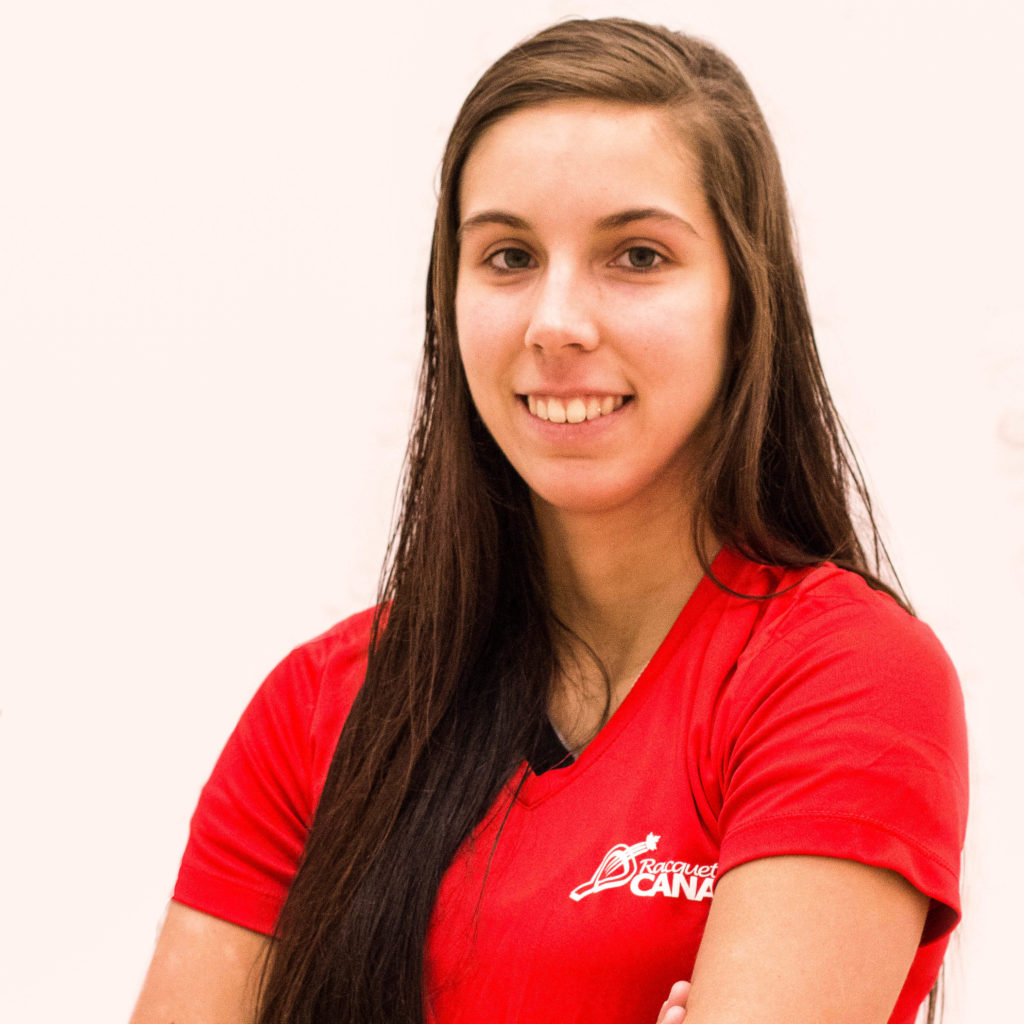 Michèle Morissette competed in her first international event as a senior athlete at the 2014 IRF World Championships where she played singles. Since then she has competed for Canada internationally on another eight occasions including the 2015 Pan Am Games where she was a member of the Women’s Team that won a bronze medal. She recently qualified to represent Canada at the 2022 World Games. Morissette has won two Canadian Women’s Open Doubles Championship titles with Christine Richardson. In total, she has been on the podium at the Canadian Championships eleven times winning 2 gold, 5 silver and 4 bronze medals. Morissette also represented Canada at seven junior world championships and has been on the podium five times at the junior world level. Morissette also represented Canada at the 2012 Pan American Championships in the U16 singles event where she won bronze. She has also held the title junior national singles and doubles champion in several age categories over the span of her junior career. In 2013 Morissette was selected as one of sixty seven amateur athletes from across Canada name to the CIBC Team Next.

Start in Racquetball:  I started when I was about 5 years old. My parents were playing in tournaments and in the city league and they brought me with them to the club. During their breaks I used to go and play with a racquet and a ball on the court and that is how I developed the desire to go further.

Reason for playing:   I love the action. I like the fact we travel a lot thanks to racquetball.  And that our opponents are also our friends despite the competitive spirit.

Training habits: I like CrossFit a lot. Usually, I do a little bit of CrossFit before going on the court to hit balls.

Best Racquetball moment: When I won third place at the 2012 Pan American Championships in Chile.

When you are not playing Racquetball you are probably:  Studying, training, working or spending some time with my friends.

What advice to you have for athletes who want to play at your level?  Nothing is impossible when someone has a goal and really believes in it.

Who has been important in your development as a racquetball athlete?   I think the most important person was my father. We live in an isolated region and he was one of the only people available to coach me and train with me. Without him, I probably would not be where I am today.