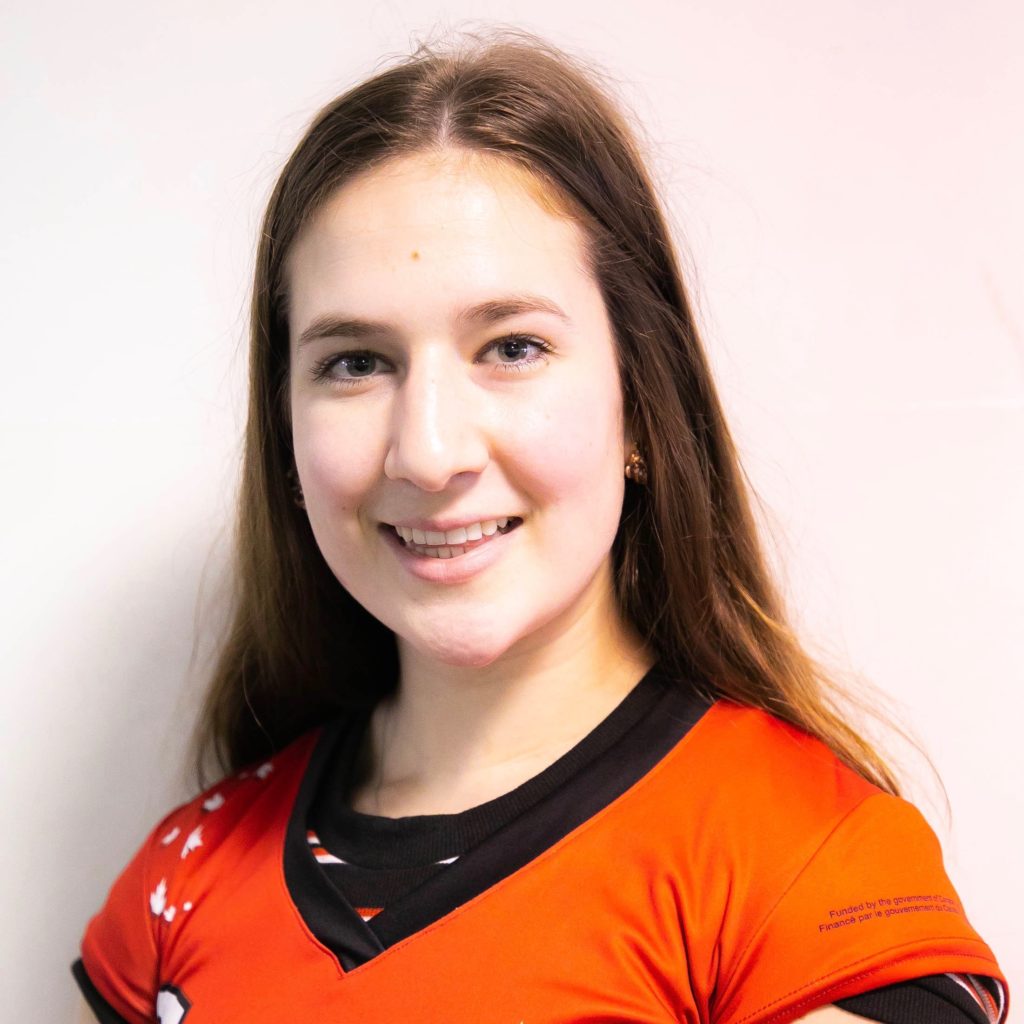 Marjolaine Parent is an athlete with a lot of determination. In particular she has had success in doubles competition, recently winning silver in Women’s Open Doubles at the 2021 National Championships. She has represented Canada at three Junior World Championship events and has been on the podium two times. Both of her medals were won in girl’s doubles with partner Alexis Iwaasa, first in 2016 in the 14 & under age division and then in 2018 in the 18 & under age division.

Start in Racquetball: My parents both played before my sister and I were born and they quit for a few years until we were old enough to learn the sport. They are the ones who introduced us to racquetball and now our whole family competes in tournaments.

Reason for playing:  I like surpassing oneself. I like the intensity of the sport and its speed. Racquetball helps me get away from it all and have fun after a long day. Sport helps me get up early on weekend mornings, whether for training or for tournaments. I also love the people who we play with. There are only a few of us and we are a big family who is passionate about racquetball.

Training habits: I hit balls with my trainer once or twice a week. I play about 2 to 3 times a week with my sister, my dad, etc. I train in a fitness center about 2 to 4 times a week. We usually have tournaments every 2 weeks.

Best Racquetball moment: I have several, but the best moments is that during major tournaments (Canadian Championships, World Championships) we were able to be there as a whole family. My sister and I qualified for these tournaments and my parents came with us. We are extremely blessed to have so much support from our parents and these tournaments will be remembered forever as my favorite times.

Non-Racquetball talents: I do quite well in water sports. I have been wakeboarding for over 10 years and love it.

When you are not playing racquetball, you are probably?  Training or studying.

What advice to you have for athletes who want to play at your level? The important thing is not to slow down because like any sport progress takes a lot of time and effort. Never only look at the result, the effort is much more important.

Who has been important in your development as an athlete? I had a major injury a few years ago (like many other athletes) that spanned over a year. During this period, I lost my motivation a bit and began to wonder if I really wanted to continue with racquetball. I had to do a lot of introspection and questioning. I believe going through the injury has helped me a lot in my career and my life in general. I learned to manage my emotions better, to work on my mental awareness and I learned to listen better to the alarm signals that my body sends.