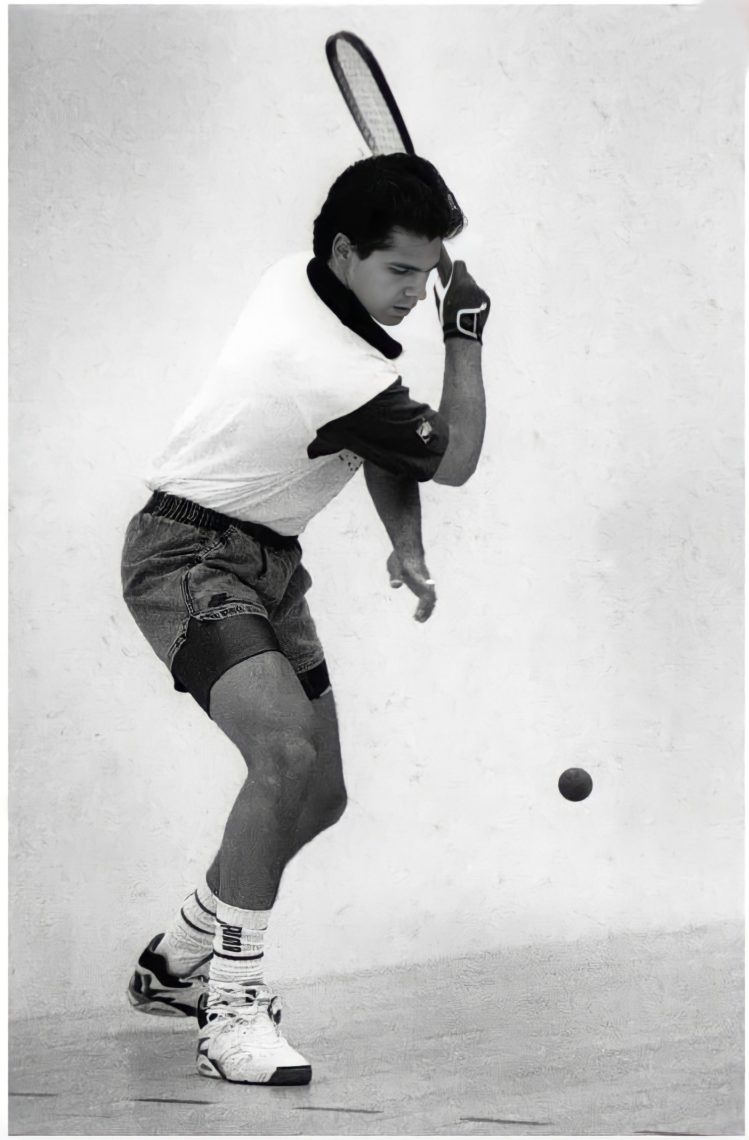 Roger Harripersad’s will to win gave him the ability to never fear any opponents, which was one of the key ingredients to his success as a competitor. One must respect the timeline of Roger’s success, in the 80’s the heart of the most intense and incredibly competitive fields in this country and abroad is where he piled up his podium finishes. His short career is highlighted by a list of exceptional accomplishments:

Defeating the United States as a team at the World Championships, as well as Roger’s tremendous results as part of the national doubles team will not be matched. In addition to his personal accomplishments, the level of teamwork and the emotional and mental support Roger provided to his teammates was a major factor in Canada’s overall international success.

Roger proved his talents not only in Canada but on the highly regarded United States Professional Tour. Roger defeated legends like, Marty Hogan, Mike Ray, Tim Doyle, Reuben Gonzales and Ed Andrews at a time when these players were top 3 on the tour.

Roger left no stone unturned in his quest to be the best player he could be. His level of training exceeded that of most other athletes. He had incredible command of the court in all situations. He was smart, quick, and rangy with immense power. He had no weaknesses and could exploit and dissect his opponents regularly. Only a select few players were equally as great playing singles and doubles as Roger was.

Roger wasn’t just one of the most successful Canadian players to have played the game, he also stands out among Canada’s top players for time he has given back to the sport and the number of different athletes who consider Roger a major contributor to their success. Leading by example, he taught many players, including numerous athletes who went on to achieve national team success, how to escalate their physical training and conditioning. He shared his work ethic, competitive drive and a seriousness about the game that have served those who he mentored both on the court and their personal lives.

Whenever those who are familiar with the heydays of racquetball in Canada talk about the past, there are only a handful of names that are regularly, glowingly brought up. Roger is one of those few names. This is the sign of an enduring champion.

Sportsman of the Year (Presented by the International Racquetball Tour)

Viscount Alexander Award: (Presented by the Sportswriters of the Canadian Press)

Sportsman of the Year (Presented by the Canadian Professional Racquetball Organization)