MURRAY SECOND IN DOUBLES AT US OPEN 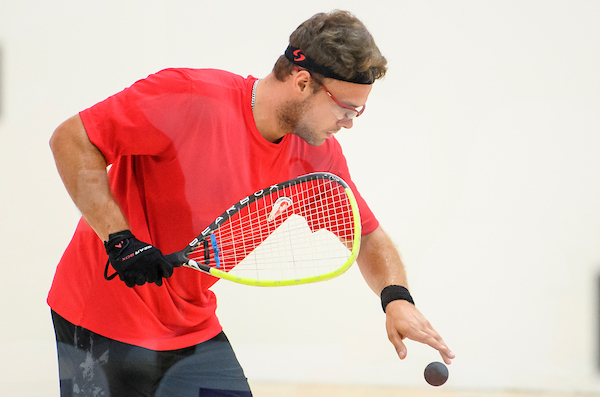 First Appearance in US Open Final For Murray

Samuel Murray and his partner Alejandro Landa of Mexico finished their run at the UnitedHealthcare US Open Racquetball Championships with a second place win in the professional men’s doubles event. The championships were held in Minneapolis from October 6 to 10.

Murray and Landa’s gold medal hopes were ended by a loss to Daniel De La Rosa and Alvaro Beltran of Mexico in Saturday’s final, with scores of 15-11, 15-11. The Mexican team have been in the last four US Open finals and now have a 2-2 record.

“In the final, we played in streaks. We had some good plays, but there were a few lows that hurt us. De La Rosa is really strong this season, it’s always difficult to play against him,” said Samuel Murray in an interview with Sportcom.

Murray and Landa have advanced to the quarterfinals at the US Open on two occasions but this was their first appearance in the finals. To advance, they upset fellow Canadian Kane Waselenchuk and Sudsy Monchik of the USA with scores of 15-8, 14-15 and 11-7.

“We took our game up a notch from our last tournament together,” Murray told Sportcom. “Kane’s team was the second favorite, but we played well the whole game. It was intense and we complemented each other well. I think it was our best game together so far.”

Murray also had a strong showing in the professional singles event, advancing to the quarterfinals before losing to Carlos Keller Vargas of Bolivia in a tight match with scores of 15-12, 15-11. Keller went on to the final where he lost to De La Rosa.

National development team member, Michel Leduc of Québec also competed at the US Open. Leduc won his age division (25+) and advanced to the quarterfinals in the Elite Double event with his partner Steven Leduc of Valleyfield.