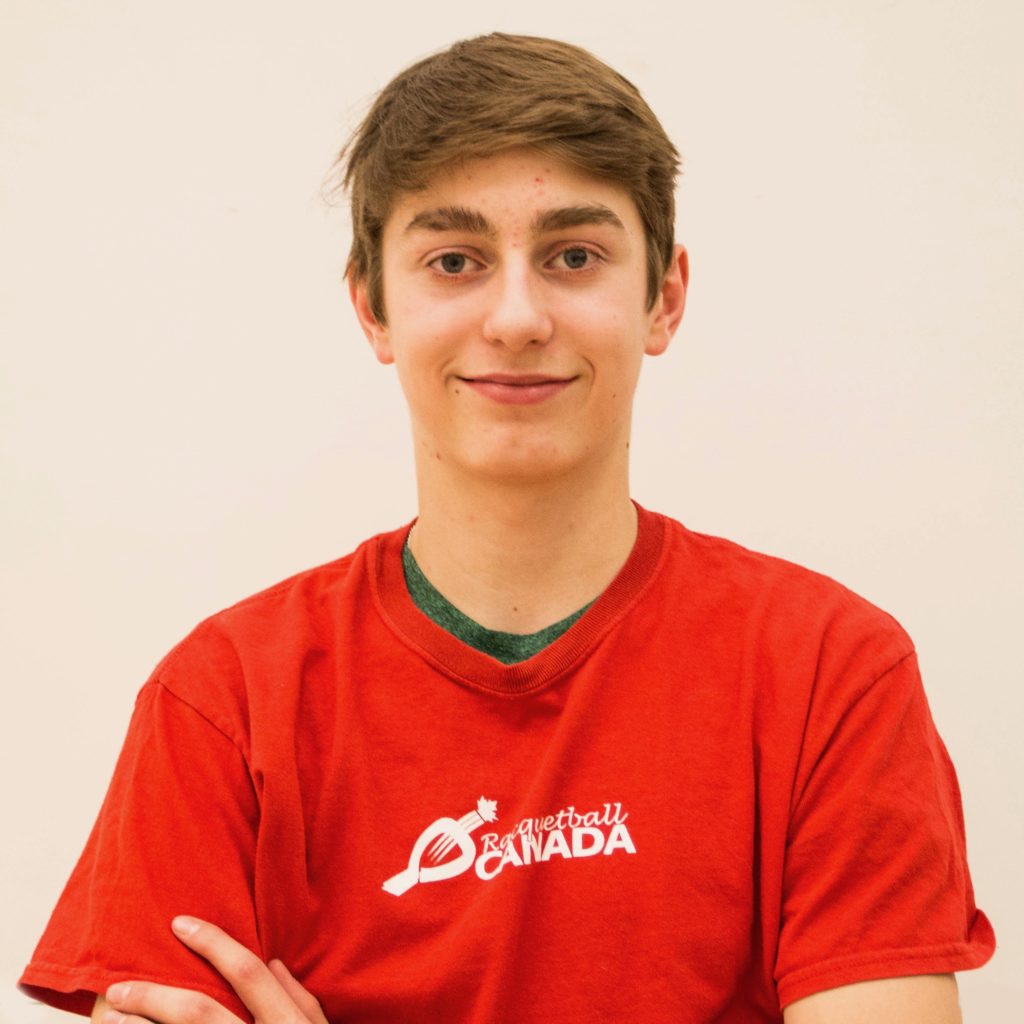 Ian Frattinger has been playing the sport since he was five years of age and has been working hard to achieve his goal of beimg named to the national elite team. Frattinger started playing at the elite level as a junior age athlete and has had strong results at Racquetball Canada’s National Team Selection Events and the Canadian Championships. As a junior athlete, Frattinger represented Canada at three Junior World Championships, highlighted by a bronze medal win in 2017 with partner Sean Sauvé in 14 & U boy’s doubles. He was very successful at the Junior Canadian Championships, making it onto the podium every year he competed from 2012 to 2018. Over a span of seven years, Frattinger won six Junior Canadian Singles Championship titles in various age categories.

Start in Racquetball:  My parents put me in racquetbal when I was about 5 years old because they thought doing a solo sport would be good for me.

Reason for playing:  I love the intensity and atmosphere of going all out. The people I train with also make it a thousand times better. Also, it was something I was good at from a young age and what kid doesn’t like to do something they excel at.

Training habits:  Get there warm up, chat with everyone for 5 to 10 minutes or until Loren gets things started. Loren throws us into a few drills for an hour or so and then we scrimmage for a bit and work on what we did in practice.  If Loren is late (which doesn’t happen often) the guys and I will try and start a game before he gets there.

Non Racquetball talents:  I’m a trucker. That says it all.

When you are no playing Racquetball, you are probably:  Working at the farm. Or snowmobiling and maybe playing a few games with my brother.

What is something that people might not know about you or find surprising?  I can swim very well.

Advise for athlete who want to play at your level:  Train hard, eat well and find a mindset where you play the best.  Then work on being in that mindset whenever you perform.

Who has been important in your development as an athlete?  My parents of course. They were always there watching games, travelling and supporting me. And my coaches Loren Prentice and Rob Barclay. Rob got me started but Loren took me to the next level and is still teaching me his ways. And the guys I train with made every practice something I look forward to be doing.